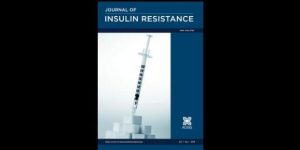 In 2017, the Journal of Insulin Resistance published a case study titled ‘Therapeutic fasting as a potential effective treatment for type 2 diabetes.’ [Source]

A 69 year old man with a 35 year history of type 2 diabetes, who had been on insulin for 11 years and was taking 160 units of insulin PLUS Metformin when the study began, began intermittent fasting [24 hours, three times a week]. Over the next four months, he gradually extended his fasting period [to 42 hours, two or three times a week].

At the end of four months, his weight was reduced by 17.8%, his waist circumference was reduced by 11%, his HgA1c decreased from 7.7% to 7.2%, and he was able to completely discontinue his insulin. The patient reported that he did not find it difficult to adhere to the fasting schedule and did not experience any hypoglycemic episodes or other significant adverse effects.

Font Resize
Contrast
Accessibility by WAH
Call Us Text Us